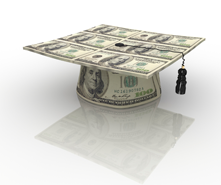 Want to land one of the nation’s best paying jobs? Brush up on the periodic table, grab a microscope and start studying math and sciences.
You might also need to clear your schedule for the next 8+ years.

Seven of the best paying jobs of 2014 are in healthcare, and of those, all seven require doctorates, according to a recent CareerCast Jobs Rated report. In other words, you can earn a huge salary in healthcare, but only after you invest a large chuck of your time.

One potential undergraduate pathway to a high-paying healthcare career is chemistry. All pre-medical programs require some chemistry courses, including organic chemistry. The University of Virginia’s Department of Chemistry explains the benefits of a chemistry degree for aspiring medical students:

“Many students declare a major in chemistry because there is a great deal of overlap in the chemistry degree requirements and the course requirements for medical school,” the university’s mission statement says.

Chemistry is also a versatile undergraduate degree, applicable to any of the seven healthcare fields in our best-paying jobs report.

Thus, a chemistry degree can be one step toward becoming a dentist, orthodontist, podiatrist, pharmacist, surgeon or physician – all of which appear in the best-paying jobs report. Biology also serves as a pre-medical program at most universities.

For those who want a high-paying career, but for whom four years of medical school and an additional few years of residency are not appealing, you should consider an engineering major.

Of course, that’s a rather open-ended suggestion; there are numerous fields of engineering, and thus many different courses of study.

Biomedical engineering is a relatively new field, but is expected to grow exponentially in the next decade, and jobs in that field pay an average of $86,960 a year.

Computer engineering may open the most career opportunities. It’s a versatile degree which provides an educational background that can be applied to a number of positions in the always-growing informational technology industry.

A computer engineering degree is a potential foundation for a career as a software developer, which pays $93,350 annually and, according to the U.S. Bureau of Labor Statistics (BLS), is a field growing at a 22% rate in the next eight years.

Other promising fields of study include mathematic disciplines. Math careers were well-represented in the Best Jobs of 2014 Jobs Rated report, and universities offer an array of math programs.

For instance, a degree in statistics can lead to a career as a mathematician, actuary, economist or statistician, fields that range in pay from $75,560 annually to $101,360.

So for those just starting their education, or anyone going back to school in pursuit of a new path, a STEM education is the way to go.