A Look At August 2016 Employment Numbers

A Look At August 2016 Employment Numbers 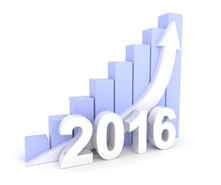 A red-hot summer of hiring cooled, per the August 2016 employment numbers released by the Department of Labor on Friday.

The 151,000 new jobs added fell roughly 30,000 shy of economist estimates, and about 120,000 below the huge employment adds made in both June and July. The decent, if not disappointment employment numbers suggest the Federal Reserve could hold off on increasing interest rates.

As for forecasting the job landscape for the final third of the 2016 calendar year, recent metrics tell an interesting and somewhat unclear story.

With summer winding down and fewer Americans seeking part-time employment, the drop-off is to be expected -- hence the economist forecast of roughly a one-quarter decline from the previous months.

However, the increase in August 2015 was the lowest for the month since 2011, when the recession still gripped many industries and employers.

Potentially good news for those seeking new jobs in the fall, though: years in which August hiring was relatively low, the employment numbers in October and November soared.

Two of the biggest months for hiring in 2015 were October and November, both of which almost doubled August gains. In 2014, November hiring outpaced August by 110,000.

And in 2011, one of the first major surges post-recession came in the autumn months nearly half-a-million new hires from September through October.

So, if August was not your month to land the right new job, do not despair. The fall should bring more opportunities.