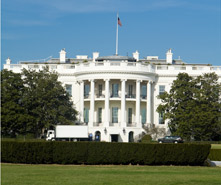 Barack Obama and Mitt Romney each presented a pitch for why he should set the nation’s tone for the next four years during Wednesday night’s debate. The contentious nature of politics leads to a more heated contest, but at its foundation, the tenets of a presidential debate are the same as a job interview.

Both Pres. Obama and Gov. Romney sold their qualifications and their ideas, and why those make each qualified for a job. Granted, President of the United States is the most important and most high profile job our nation has, but a job nonetheless. Voters are their hiring managers, and each crafted a case to land the position in fashions job seekers can apply to their pursuits. Here are a few guidelines that you can apply to your job search:

OUTLINE HOW YOUR BACKGROUND MAKES YOU UNIQUELY QUALIFIED

Holding the same position as that for which you are applying certainly helps your case to be hired, much like incumbent presidential candidates – seven of the last 10 won re-election. For those in that category, detail your successes in the role and the processes of how they were reached. Also address challenges so you can highlight how you overcame them. Voters and employers both realize not all times will be smooth. Thus, it’s vital to prove you can clear hurdles.

This is more difficult to do for those trying to break into a new field. Highlight similarities and explain how a past task in another position is comparable to the demands of the desired position. Each of the last three presidents to defeat incumbents – Jimmy Carter, Ronald Reagan and Bill Clinton -- were previously state governors. All parlayed their experiences leading states into visions for the nation. Likewise, common ground from a different job can be applied to something new.

STATE CLEAR GOALS AND PLANS FOR REACHING THEM

Have specific milestones in mind to demonstrate that you won’t win the job and then drift aimlessly. No hirer wants a lame duck, so layout specific goals that your experiences and skills can help the organization reach.

Outlining the how is as important as the what. Ambition is great – Pres. John F. Kennedy is renowned for his belief an American would walk on the moon. But don’t let ambition set a bar that you either cannot guarantee is attainable, or you know is unreachable. To that end, you might want to avoid using the phrase “read my lips” when setting forth any goal.

BE ARTICULATE AND CONFIDENT

Presidential debates gained importance when, in 1960, the first broadcast on television impacted the vote. Pres. Kennedy was celebrated for his demeanor, and challenger Richard Nixon criticized for breaking into sweats and his five o'clock shadow.

Exuding self-assurance inspires confidence from others. Be engaging: comfortable, but not overly familiar; serious, but not stoic. The right look doesn’t hurt, either. Confidence can be as much conveyed in wardrobe as in demeanor. After all, Warren G. Harding was famously thrust into the nomination in 1920 because he “looked like a president.”

Though not quite that simple, there is truth to the concept of looking and acting the part going a long way in the job interview process.