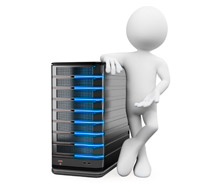 Nurse anesthetists, computer network architects and two dozen other emerging careers are among the new job categories that have grown large enough to be tracked by the Bureau of Labor Statistics. Of the 24 new occupations defined in the BLS Standard Occupational Classification system (SOC), five are in the IT sector; nine are healthcare professions.

More than 105,000 were employed as nurse practitioners in spring 2012, most among the new healthcare positions added. With a mean wage of $91,450 annually, the field is also one of the most lucrative in the SOC reclassified group.

Nurse practitioner is a Jack-or-Jill of all trades, per the BLS definition, handling everything from diagnoses to lab work, x-rays and prescriptions. The career’s diverse skill set should translate to more opportunities in the coming years with the passage of the Affordable Healthcare Act, which extends medical coverage to an estimated 30 million more Americans.

The BLS estimates there are only 34,180 nurse anesthetists in the healthcare industry, but the profession is financially attractive with an annual mean wage of $154,390.

The growth potential for computer network architects and computer network support specialists can be gleaned from other professions becoming more web-based. Cloud computing is changing how human resource managers, accountants and others store data.

Cisco Systems estimates nearly two-thirds of all data will be cloud-based by 2016. Research firm Gartner, Inc. expects revenue from cloud computing to grow to nearly $207 billion that same year, up from $90 billion in 2011. With the proliferation of vital information stored on these networks, companies need top flight specialists to stay ahead of hackers, a key reason the BLS added this job to those it tracks.