Inflation and The Job Market

Inflation and The Job Market 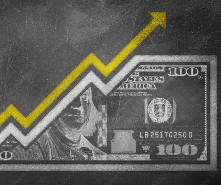 Inflation has replaced pandemic as the overarching theme dominating just about everything in the economic landscape. The below graph from TradingEconomics.com, via U.S. Bureau of Labor Statistics (BLS) figures, shows an inflation rate approaching 8% through February 2022.

Much like when "pandemic" become a ubiquitous word in our collective vocabularies, we might hear and read "inflation" but not fully grasp it's impact. Some factors are readily apparent — specifically, the price of everyday goods and services increasing above common, more gradual rates — but others are not as cut-and-dry. Consider the job market.

These are not entirely baseless, but somewhat misplaced. Inflation peaked at almost 15% by 1980, nearly double the 7.9% of early 2022. What's more, immediate shockwaves rumbled through other phases of the economy — like the job market.

Unemployment hit 7.2% by the end of 1980, inflation closed at 12.5%, and GDP fell year-to-year for the first time since 1975. In contrast, the U.S. labor force by almost 700,000 jobs in February 2022 to drop the unemployment rate to 3.8%. The winter months have historically been slow for growth due to a reduction in seasonal, contractual labor hired for the holidays.

All this occurred amid the so-called Great Resignation, wherein millions left jobs to seek better opportunities in the wake of peak pandemic unemployment. The dramatic turnover and a projected 11.2 million openings per JOLTS forecasts combine with other economic factors to suggest job seekers demand wage growth commensurate with inflation.

Wages on average fell after the economic inflation of the late '70s, but that round of inflation preceded a recession; a recession that was clearly on the horizon with other economic factors. Current conditions are more in line with historical booms than recessions, so the time for wage increases is prime.

For job seekers, knowing this and negotiating accordingly when in talks for a position can be your best asset in combating inflation. Inflate your pay along with the increased costs of goods.