How to Make Happiness at Work a Priority

How to Make Happiness at Work a Priority 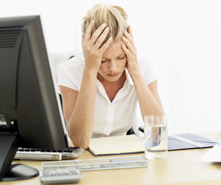 Is there a relationship between happiness at work and doing better on the job? A number of research studies seem to suggest that happy workers are also more productive, more successful, and more likely to benefit financially. In his book, Authentic Happiness, Martin E. B. Seligman found that happier workers got better evaluations and higher pay. David Meyers (The Pursuit of Happiness) followed young workers for 15 years and found that those who were more positive in their outlook on life had lower medical costs, higher work efficiency, and less absenteeism on the job. Barbara Fredrickson (“The Value of Positive Emotions," American Scientist, 91[7].) determined that people in a more positive mood actually think more globally and are better problem solvers.

On the other hand, a number of studies suggest no relationship between happiness and work satisfaction. For example, a recent study by Stephen Wood and Lillian de Menezes (“High involvement management, high-performance work systems and well-being,” The International Journal of Human Resource Management, Volume 22, Issue 7, 2011) found that when management intentionally tried to improve worker happiness through incentive schemes and targeted positive feedback, productivity and quality of work improved but absenteeism, job dissatisfaction, and workplace anxiety stayed at the same level as before the study was initiated. Michael Iaffaldano & Paul Muchinsky (Psychological Bulletin, 97, 251-273) concluded that the relationship between job satisfaction and improved work performance was at best, trivial, illusory, and nothing more than a management fad.

The implication of both sets of findings is that workers who have positive emotional lives to begin with are more likely to do better on the job but that trying to make workers happier isn’t likely to improve job satisfaction or diminish some of the most negative work behaviors that lead to job failure.

What does this mean for workers? Certainly, most of us want work environments where we’re respected, given opportunities to advance with decent pay, and meaningful work assignments that utilize our abilities. However, having a positive attitude toward work and a happy life outside of work seem to be key factors in whether people experience job satisfaction. While it may be possible to improve worker satisfaction by conditions on the job, the better predictor of work success is a positive mental state prior to work.

Susan Peterson is a nurse practitioner working in women’s health care in a publicly funded clinic in Southern Arizona serving poor and undocumented women. Susan provides neo-natal and post-delivery services to women whom she describes as mostly undocumented. She says that she loves her patients but that while they receive free services and are largely undocumented, she has to pay large co-pays for an increasingly severe back and hip problem made worse by long hours of standing and a chaotic administrative structure where she gets very little help from support staff. She describes herself as being “totally burned out.”

Susan is three years away from receiving Social Security benefits. Because her job doesn’t have a pension plan and her savings aren’t enough to cover early retirement, she forces herself to endure long, grueling days where she often sees death of badly cared for babies and the ruined lives of the women she works with. Her hip pain is so severe that she actually cried from it during my interview with her. When I asked how she would last three more years at work she said that she had no choice and that her three Ivy League degrees were a waste of time. The only thing that gets her through the day, she said, is the pride she has in her individual work with patients and the hope that the next three years will pass quickly.

While Susan likes her clients individually, she has negative feelings about poor people getting benefits she doesn’t have. The lack of support at work and a poor benefits package don’t help. I asked if she viewed herself as a glass full or glass empty person. She thought for a minute and admitted she was full of anger at the lack of appreciation for her work over the years. She thinks at some point she was happy in life but can’t quite think when that was. She says the idea of being happy on the job is ridiculous. Work, she told me isn’t supposed to be fun.

Alicia Fredrick is co-worker of Susan’s. Alicia thinks it’s a privilege to work with poor women and doesn’t care if they’re documented or not. Her focus is on helping. She admits the work is grueling and that the benefits package isn’t great but she also thinks the work she does is very important. “We save lives,” she told me. “The women I treat are wonderful. Their life circumstances would break most of us but they not only endure, they thrive.”

I asked Alicia the same question about her glass being full or empty and she told me she has a rich personal life, good children, enough money to live comfortably, and a loving partner. She gets to work early and stays late. “It’s a calling,” she told me. “You do the work because you love it. You set aside the bad stuff and focus on what’s good.”

When I interviewed clinic staff people said that both Susan and Alicia were excellent providers but that they loved working with Alicia whose positive attitude was infectious. Susan, they said, was a loner who had difficulty working cooperatively and consequently, wasn’t able to use support staff in a helpful way. Both workers are highly productive but one is burned out while other thrives on the job. Who would you rather work with, receive help from and, more to the point, who would you rather be?

How can you become happier at work? Two new ideas might help. The first, Positive Psychology (PP) suggests that people do much better in life when they focus on what’s positive in their lives rather than on what’s negative. Positive psychology believes that most of us are highly resilient and that we’ve developed ways of dealing with adversity that are often quite creative and lead to better functioning in and outside of work. The trick is to focus on what’s positive. Barbara Fredrickson believes that the purpose of positive emotions is to help us to develop our resilience and broaden our repertoire of skills. Positive emotions strengthen inner resources that help us deal with life adversities and are highly beneficial in the workplace.

Most of us have more positives in our lives than negatives but we often tend to dwell on the negatives. A sure road to unhappiness is to overlook what’s going well in your life and obsess about what isn’t. Having a checklist can be helpful and comparing what’s good versus what isn’t is one way to do this. You’ll be surprised at how the good outweighs the bad but you need to be easy on yourself. Even though you may hate going to work, doing it is a positive. Although you may be in an unsatisfying relationship, developing the skills to deal with it may have positive consequences later on. It’s a way of viewing life as half to completely full. You may even find that your cup runs over.

The second idea comes from Quality of Life (QoL) therapy. Quality of life is a way of viewing your goals, hopes, standards and beliefs so that they come together in a way that provides a sense of direction. Too often we go through life with conflicted ideas about achieving happiness. Instead of viewing the various aspects of our life as one interacting set of beliefs and behaviors, we compartmentalize. We’re happy in our relationships, unhappy about income, unhappy at work, but happy in our creative work. QoL suggests that we view the many aspects of our lives as one overarching set of behaviors whose end result is a sense of happiness and fulfillment. The following example might better explain this notion:

Bill Meadow is a highly successful entrepreneur and business consultant. He feels little passion in his marriage and doesn’t think about compatibility much but knows he isn’t compatible with his wife. He has many friends but none of them are close friends. He doesn’t think much about nature and while he enjoys the beauty of his Southern Arizona surroundings, after 5 minutes he’s bored. In recounting a recent European trip he told me the best thing about the trip was a restaurant he went to which allowed him to meet other travelers and locals. He rejects religion and has no sense of spirituality. In effect, he’s like many successful older men. He’s given up on intimacy and love and feels a kind of detached cynicism about life.

I suggested that he attend an older adult men’s group. To his surprise he enjoyed the men and the discussion topics. He forced himself to go on a hike with some of the men and to his surprise found that they noticed wonderful things along the way that he didn’t see. They laughed a lot and soon he found the easy camaraderie among the men a great deal of fun. He went to a Unitarian church service with me and experienced a sense of calm. He told me later that he was trying to figure out his goals and values in life and, as he did, he and his wife began to become closer. He reached out to several people including me to become the sort of friend he wanted…someone you could depend on and not just an acquaintance. He began to see his work as interesting rather than something just to earn money. He’s been helping struggling non-profits who benefit from his business competence. Is he happier? “Yes,” he told me, “I am. I never thought about happiness. I thought about achieving but never that I’d enjoy my work and my life. I could never understand how work and happiness went together and now I do. And it’s made me a lot nicer person.” I agree wholeheartedly.

In this difficult job market we can’t always find work that gives us pleasure but we can prevent negative work experiences from causing us unhappiness. We can also look at our lives though a more positive lens and order our goals, aspirations, and values in a way that leads to a sense of fulfillment and joy. It doesn’t take a lifetime to do this and it’s never too early to start.

Dr. Morley Glicken is Professor Emeritus in Social Work at California State University and the Executive Director the Institute for Personal Growth, a consulting and counseling cooperative in Tucson, Arizona providing help to workers experiencing job unhappiness, stress and burnout. His latest book with Ben Robinson, Treating Worker Dissatisfaction in a Changing Economy will be available Winter 2013 through Elsevier Publishers. Dr Glicken can be reached at mglicken@msn.com. A complete list of his books can be found on Amazon.com.