How The Best Jobs of 2016 Win Championships

How The Best Jobs of 2016 Win Championships 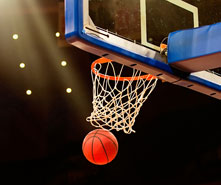 Peruse the CareerCast.com Jobs Rated Best Jobs of 2016, and you'll notice a variety of careers in statistical and data analysis ranked in the Top 10. Growing emphasis in a variety of sectors contributes to the high rank of fields like data scientist and statistician.

Statistics have long played an important part in sports. Just think of the first baseball card you ever collected, and the ubiquitous box score that appeared on the back.

Baseball ushered in an era of analytics in the 2000s. Baseball was the ideal sport to begin using statistics for team-building and predicative models, because of its regimented style. But how would data analysis work in a sport like basketball, where the action is nonstop and somewhat chaotic?

The answer is pretty well, as the Golden State Warriors have proven.

The duo use the skills necessary for 2016 Jobs Rated best jobs data scientist and statistician to parse through thousands of numbers compiled over NBA seasons. Their findings prompted Golden State to become the most high-volue, 3-point shooting team in basketball history, this year shooting more than 2,500.

In turn, the Warriors make more 3-pointers than any team. Simple math says 3 > 2.

The process of getting to that equation wasn't so easy. The percentage of 3-pointers that fall is lower than that of 2-point shots, thus conventional wisdom long dictated the 2-pointer was a higher value shot attempt.

And indeed, the NBA's worst overall field-goal percentage (Los Angeles Lakers at 41.4%) was only a shave lower than Golden State's 3-point percentage (41.6%). But, because Golden State shot the 3-pointer at a much better rate than the rest of the league, and took more, the overall point value more than compensated for the risk incurred with a traditionally lower percentage shot.

This is the kind of invaluable information a data scientist or statistician can mine for an organization. They can revolutionize a business or industry be finding trends that fly in the face of conventional wisdom.

For their efforts, the Warriors analytics team won an award at the Massachusetts Institute of Technology Sloan Sports Analytics Conference in March. They're also on the verge of winning a second NBA championship.

Your field of expertise need not be hardwood for you to make an impact as a statistician. Check out the database of jobs in this great, growing field we have here at CareerCast.com.