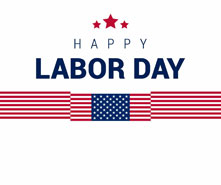 The late 19th and early 20th centuries shaped the American workplace like no era since.

In the years after theAmerican Civil War, the economy shifted from agrarian-based to industrial, and the rapid transition remained the standard until only the last few decades, when the economy has become technological.

Part of the shift in the economic foundation of the United States brought with it dramatic changes to how and where Americans worked. In an agrarian economy, most people with access to land had the basic means to work. One could farm their own land.

With the rise of industry, however, the average American did not exactly have the means to produce his own factory. That meant more workers employed by and beholden to the owners of the means of production.

Cities boomed as a result, with those seeking work moving to the epicenters of industry. But because this was uncharted territory, oversight and standards for employment were largely nonexistent.

Work weeks in the late 19th century could average as much as 100 hours. A 40-hour work week did not become standard until the 1940s. The first child labor law, Keating-Owen Act, was not signed into law until 1916.

Thus, the beginning of Labor Day was well ahead of its time. Labor Day granted workers time off in recognition of their efforts in the late 1880s, well before many of the employment laws still recognized today were even considered.

As the economy has shifted to one founded on technology, the motivation behind Labor Day's inception might feel archaic. However, its purpose has probably never been more apt than it is now, at a time when Americans are putting in longer hours.

The constant connectivity provided by the internet makes putting in work weeks well above the 40-hour standard more realistic. Smartphones, WiFi, laptops; we are more connected to the job now than at any time since the turn of the (last) century.

With another Labor Day upon us, it's important to remember why the day was founded. Do not hesitate to unplug from email for a little while longer Monday, and plug into the grill instead.

After all, you are simply recognizing American history doing so.