Getting a New Job Is in the Details

Getting a New Job Is in the Details 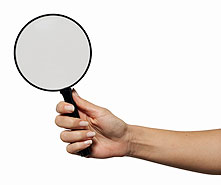 Here's an important tip for job hunters: Sweat the small stuff. Minor missteps can derail your search. With U.S. joblessness still rampant, numerous hiring managers are knocking applicants out of the running over the slightest mistake.

That's what sporting-goods sales executive Daniel Obergfell did while seeking a marketing manager last winter. He rejected one contender for mispronouncing his surname four times – even after he corrected her for three of them. She was among 40 people he interviewed for the $80,000 post, which attracted more than 400 prospects from one online listing.

With competition for jobs so fierce, many candidates are suffering from extreme nervousness. This can "cause you to do things you wouldn't normally do," Mr. Obergfell says. Indeed, evidence shows that small interview errors are becoming more common. "Compared with two years ago, about 20% more candidates interviewed by our clients are not getting offers because of gaffes made due to their high anxiety," says Dave Campeas, president and chief executive officer of PrincetonOne.

The best solution? Prepare better for interviews. Added legwork should include extensive practice, thorough homework about an employer's culture and an empathetic sense of how your skills match its needs. "Turn your dial up on sensitivity," suggests Gerard Roche, senior chairman Heidrick & Struggles International. "The little stuff counts."

Here are five danger zones where small slip-ups could damage your chances:

A middle-aged executive with an impressive resume wore a slightly low-cut blouse during her interview with the head of a hospital in a small Texas town. Leaning across his desk, she revealed a black panther tattoo on her breast.

The CEO nixed her for the finance chief's role. The large tattoo "would not fly with the board members and the community for someone in that position." On the other hand, extra preparation helped Mr. Obergfell avoid a clothing faux-pas. He hoped to become national sales manager for a sporting-goods importer in Arkansas. The night before his final interviews, he asked a VP at the company who he'd previously worked for elsewhere whether donning a suit might intimidate potential colleagues.

Most job seekers know not to order messy food. But your timing matters, too. Hoping to join a big Midwestern bank, a recent college graduate arrived late for a group interview at a restaurant. Officials and fellow candidates already were seated.

The latecomer "ordered the most expensive item on the menu, ate and finished his meal before others were served," recalls Barbara Pachter, a business-etiquette specialist who advised the bank. She learned about the young man from a successful attendee at the group dinner who participated in an etiquette class that Ms. Pachter led for the bank. She says poor manners were the main reason the bank spurned the latecomer for its management-training program.

As an executive VP of a technology management consultancy, Dan Burns often asked prospects when they could start work before making them an offer. They often said they weren't available for weeks because they needed to give notice.

"That's the last thing a hiring manager wants to hear," says Mr. Burns. You need to tell an interested employer that you're equally interested in the job, he cautions. Once you get an offer, you're in a better position to negotiate your arrival date.

A project manager hired by Mr. Burns a few summers ago jogged 12 blocks from a train station to the office of a prospective client. "Overheated and soaked, he asked if the company had shower facilities that he might use before the interview started," remembers Mr. Burns, who met the project manager in the lobby of the client's building before the interview. "You could see the sweat stain on his white shirt."

The company lacked showers and executives refused Mr. Burns's request to reschedule the meeting. They chose someone else for their project. "Plan ahead," Mr. Burns warned the project manager afterward. He arrived an hour early for his next client interview, "and he wasn't sweating," adds Mr. Burns.

Arriving early also lets you practice relaxation techniques, such as deep breathing, that may dry your sweaty palms before shaking hands with a hiring manager, says Gail Golden, a Chicago leadership coach.

Inappropriate behavior can cause problems. Ms. Golden, who helps companies screen top-level candidates, dislikes male ones who put a hand on her shoulder following an interview. The patronizing touch comes across as "'Thanks for your time, sweetheart,'" she complains.

During a July interview at Goliath Jobs, an aspiring marketing manager waved his hands wildly to demonstrate his enthusiasm for the job. The gesturing prospect knocked over his sealed water bottle twice. An intern soon served coffee. Extending his arm to show how far he'd go for a sale, the man toppled the mug. Coffee covered the conference table. "He was very passionate, but way too much," Mr. Mezzapelle says.

The man nevertheless landed the job – thanks to strong references. But he quit in November, frustrated by his scant commissions." He could not handle sales in an industry he knew nothing about," Mr. Mezzapelle says. In hindsight, Mr. Mezzapelle realizes the anxious hand waving "displayed a lack of confidence in his abilities." He regrets hiring the unemployed man.