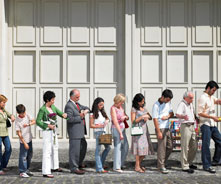 Craigslist has built a reputation as a great resource of free and low-cost classifieds online, especially among company recruiters operating with limited budgets. But as the years pass, it's become clear that relying on Craigslist to fill local job openings may require more time and money than its reputation suggests. In fact, in many cases, using a traditional job board is a more cost- and time-effective strategy than posting on Craigslist.

From the early days of the site, Craigslist has offered a very easy method for posting job listings: you simply select a city, then a category, open an account and post your job. This ease of use was a breakthrough in the often complicated online recruiting space. Over time, virtually every online job board has created an equally easy posting method, typically relying on e-commerce to generate revenue from each job posting.

Free also was the clear differentiator between Craigslist and most other online job sites. As founder Craig Newmark liked to explain, his goal was to help boost communication between communities of visitors, not generate revenue. Eventually Craigslist began charging for job listings in many markets, which Newmark explained as a great way to filter out fraudulent and frivolous job postings. Newmark added that keeping the posting fee low – $25 to $75 dollars per month depending on the city – allows Craigslist to retain its position as the low-cost provider compared to the major job boards, a position Craigslist actively promotes. Low pricing also helped Craigslist cement its relationship with the demographic that the site cultivated from its beginning: teens, students and singles who relied on the site to help them find cheap furniture, a used car, a new partner (for the night or forever) and an entry-level job.

Yet 14 years after the launch of Craigslist, the site is losing effectiveness as a recruitment source under the weight of its own success. Job seeker traffic has grown exponentially in most Craigslist cities through the years, and the current downturn has accelerated that traffic growth. At the same time, the number of job postings has fallen in many cities in parallel with the slowed economy. The result, say recruiters, is that every Craigslist job posting is inundated with applies, and given the demographics of the typical Craigslist visitor, that influx of applies has created a backlog of work. Instead of receiving 30 applications for a position, among which one or two may be worthy of an interview, companies of all sizes report receiving hundreds of replies within 24 hours of each posting. Yet the number of qualified candidates who apply remains the same or has fallen for many positions, recruiters say, which translates into multiple hours spent reviewing an overload of resumes searching for the needle in the haystack.

This issue is a familiar one to anyone who has posted a listing of any kind on Craigslist. Since all listings are posted in reverse chronological order, the newest listings get the most prominence. When a company posts an opening for a receptionist on a Tuesday at 10am, the window for responses to roll in starts at 10:01am, but typically ends later that day as other postings push the receptionist listing further and further down the queue. While it's true that search results pull in older listings, those results also show in reverse chronological order, so the receptionist job falls below new listings for receptionists each time another job in that category is posted.

The problem is exacerbated in markets where Craigslist charges for job postings. If a gas station posts a listing for a mechanic for $25, and none of the applicants in the first 24 hours is a good match, the likelihood that the station will receive a relevant application through the rest of the 30-day post is very small, recruiters say. To refresh the flow of new applicants, the station must re-post the job for another $25 to have the listing jump back to the top of the list. In some cases, employers post jobs four and five times before attracting a qualified new hire. At $25 or more per post, Craigslist becomes an expensive option fast, not to mention time-consuming given the flood of unqualified applicants, say recruiters.

Another common issue raised by hiring specialists is Craigslist's lack of customer service. Once a job is posted, returning to the site to make edits or remove the ad isn't difficult, as long as you've saved your confirmation email. But if you require a live person to ask a question about any aspect of Craigslist's posting process, you're typically out of luck. Craigslist communicates with its customers solely via email, and given the size of its databases compared to the very small size of its customer service team (of which Newmark himself is a member), few customers receive replies to their support requests.

To be sure, there are exceptions to this trend depending on the job being advertised. And employers in smaller cities say they tend to fare better than their colleagues in medium to large markets. But for evidence of the larger trend, look no further than comments posted each day on Craigslist's own user forum. It's an insightful way to view the challenges recruiters face with the site nationally. Some examples include:

Alternatives to Craigslist abound for recruiters. There are a range of job aggregation sites that offer free listings to a national audience, and the big job boards, such as Monster, CareerBuilder and Dice, also reach national audiences at fees that range by zip code. But recruiters typically report the same issues with national general interest sites, including a burst of response immediately after postings go live – often less qualified geographically given the national nature of these sites – and then a fast decline over a few days.

Holding up more effectively are niche sites that target the job market by one or more narrow criteria, ranging from industry or function to geographic and demographic. For instance, job boards offered by trade magazine web sites and associations tend to deliver a narrow, targeted response of applicants to job listings aimed at that audience. In these cases, the niche sites typically charge posting fees ranging from $25 for seven days to more than $500 for 30 days, but recruiters say the return on investment is good since they tend to receive higher-quality applicants to review. Recruiters seeking a paralegal in San Francisco that post the position on LawJobs.com, for example, will tap into the niche of a site targeted to the legal profession, as well as into the local online publication audience for the San Francisco Observer (the daily legal newspaper).

Recruiters also report that newspaper and television career sites with a high penetration of visitors in a local market remain a strong source of qualified applicants who live in that market. Most local newspapers maintain an online audience penetration of more than 40% in their markets – and often higher – despite recent drops in print circulation and viewership, reports the Newspaper Association of America and National Association of Broadcasters.

The bottom line is that when recruiters consider online resources for attracting job candidates, the result often mirrors the quality of the source. As the adage goes: you get what you pay for, both in terms of quality and the time required to identify those qualified applicants.