Counteroffers, Part 2: Should You Trust One From a New Employer?

Counteroffers, Part 2: Should You Trust One From a New Employer? 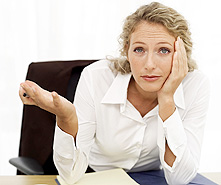 Suppose a potential employer gives you a low-ball salary offer, but then ups the ante when you decline. Should you refuse the new job because anyone who offers less than what you're worth initially is probably a long-term Scrooge? Or do you assume your potential employer has your best interests in mind, was simply naive about your true worth and genuinely wants you to be part of the team? Consider what you would do in Jan's situation.

Jan has been looking for a new job the last few months because a recent banking merger eliminated her position. Since she has been through so many downsizings in the industry, she's decided to focus her search on CFO or Controller positions with fast-growing, alternative-energy companies in need of seasoned management expertise. Last week she received an offer from a firm that fits her criteria. Jan likes the job description, the people, the culture and the opportunities for growth.

The only problem is the compensation. The company offered her $8,000 less than she (and the market) thinks she deserves. When she told the CEO about her disappointment with the proffered salary, he said he would think about it. Today he called to offer her $6,000 more than his original number, still $2,000 short of her goal. Should she accept the position?

Questions Jan Should Be Asking Herself

Often young companies run by entrepreneurs are rather tunnel-visioned about things like compensation, especially for staff personnel. Couple this with the tendency for engineers to be generally more interested in developing and producing the product than putting together effective management systems, and you have a recipe for under-compensated, under-appreciated business administrators.

Does this company's CEO understand that technological expertise alone will not make his company a success? If he genuinely believes that his firm needs good financial management to move forward, he will do whatever it takes to find and keep the right people. He may just not be financially or psychologically able to do it at once. He may need some educating, but he will learn quickly.

Perhaps Jan doesn't have to settle for his second offer. If money is tight, maybe she could ask for shares in the company, a year-end performance bonus, extra vacation, a health club membership, dues and fees to professional organizations and conventions, or other perks that would hold the line on salary while increasing her overall compensation. A little creativity might be all that's needed to bridge the gap.

Because she is changing industries and job descriptions, the CEO may need proof of her performance before he feels justified in giving her the income she expects. Setting and evaluating specific quarterly goals for six months before discussing salary again may give Jan the track record required to increase her income.

Perhaps she should ask more questions about company goals and spending policies before making a long-term commitment. The CEO's resistance to meeting her salary requirements might be a symptom of a general tendency to pinch-penny every financial decision. If that's true, installing new systems, hiring more people and keeping the best talent may be an ongoing struggle not worth her effort.

There's a good chance that $2,000 will not make that much difference in Jan's lifestyle, but it can have a tremendous impact on her attitude about her position and executive team. If she honestly sees the issue more in terms of principle than paycheck, she probably should reject the offer.

On the other hand, if the money isn't that important versus the opportunity to build a company with a committed team of respected colleagues, she should go for it. Corporate success will breed personal success and satisfaction.

A Word of Warning

The worst scenario for Jan would be taking a mediocre position at an insufficient salary just to have somewhere to go every day. Doing a job she hates for less than she's worth can have a tremendously negative effect on her self-esteem and long-term career options. She could easily find herself discounting her expertise because she's not getting to use her best skills. This is a no-win situation for everyone involved, including the company. Jan should reject such an offer and keep looking, even if she has to do some interim temporary work to pay her bills.