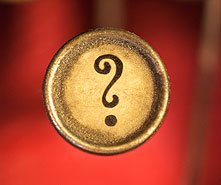 Got a question about the CareerCast.com/JobSerf Employment Index? Check out our FAQ file here.

Detailed information on Career Levels used in the Index

Within a typical company in the US, there are four major career levels each with a base title in the corporate hierarchy. The four levels are: C-Level, Vice President, Director and Manager.

C-Level
The most senior, called the C-Level, is also referred to as CXO or the C-Suite. This includes titles such as the Chief Executive Officer (CEO), Chief Financial Officer (CFO) and Chief Information Officer (CIO). In the last decade there have been many additions, including more obscure titles such as Chief Safety Officer and Chief Procurement Officer. Many of these positions are Executive or Senior Vice President titles which have taken on the additional connotation of ‘Chief' to signify that they are the person at the highest level in the company in their respective function. However for the Index, CEO, CFO, COO, CIO and CTO are the ones we include in our counts.

After the C-Level, companies usually have a Vice President level. The Index takes into account all variants of Vice Presidents, whose prefixes include Assistant, Senior, Executive, Group and Regional. We do not include "Assistant to the" or other non-VP Level positions.

Director level, which usually comes after Vice President (except in some industries, such as Investment Banks and Turnaround firms) is still a relatively senior level position. For Director, we included all levels and prefixes of Director, including Executive, Assistant, Associate and Senior.

Manager was the most junior level we included in our Index. As you move down the management chain, the number of positions expands greatly, so to compensate other levels are weighted higher. Only genuine management titles and professional management positions are included.

Each month, our research team runs "searches" on major boards and aggregators for jobs in (4) different categories/levels across the U.S. There are three sets of variables: geography, level, board. The levels include C-Level, Vice President, Director, and Manager. The boards we use include both major job boards, as well as job search engines or aggregators (companies that source listings from many boards). To ensure that the data is normalized, each job level and site is weighted individually. Without this, Manager level listings from aggregator sites could potentially skew the Index results due to sheer volume.

When did you start this?

January 2007 was the first month that we went live with our data gathering process after validating the criteria and results.

What is "this" month being compared to?

The Index reflects the levels of movement in ‘real' jobs (executive and managerial positions) on the internet across the U.S. for the current month, divided by the value for the same month in 2007.

What does the "base year" mean?

2007 was the last year where unemployment was comparatively steady, with only a 0.5 % variation throughout the 12 calendar months (Bureau of Labor Statistics). Because of this level of consistency, we have chosen employment figures from this year to serve as our benchmark data.

Which Boards are included?

While we understand the desire to know which job boards and job search engines we use for research, we do not wish to alienate any of these sites which provide a source of value to us and to our customers. With this in mind, we do not disclose any information regarding which boards we include/exclude from the Index so as not to infer that boards other than those included are not of value.

What is considered a "real" job?

Our team excludes listings such as all advertisements, work-at-home positions, retail career firms or other listings which do not appear to be real jobs for each career level. C-Level searching provides the best example. When entering in search strings, the listings returned are likely to include items such as the following: "Secretary to the CFO", "Sales people with CEO contacts" or "COOs, VPs, Directors – need help with your search?".

How did you avoid double-counting between major boards and aggregators?

Respective job board values have been subtracted from any aggregator where their jobs appear.