The Career Comeback: What General Petraeus Can Teach Job Seekers

The Career Comeback: What General Petraeus Can Teach Job Seekers 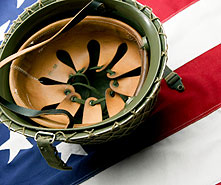 In 2005, General David Petraeus suffered the equivalent of a layoff. Having fallen out with leadership in the Department of Defense, he was reassigned to lead the Army's mid level leadership school in Fort Leavenworth, Kansas. For a combat commander, that wasn't a lateral move, it was a major step backwards. What Petraeus did next, however, is a great example of how to make a career comeback after getting laid off.

Given his current high regard in both the media and the government, it's easy to forget that just five years ago General Petraeus was an outsider, shut out of important decision making – the political equivalent of getting laid off. How did he manage to make such an extraordinary career comeback, becoming the central figure in two major war efforts? He followed a simple game plan, one that can works for any job seeker who's afraid of being fired or getting laid off:

General Petraeus had spent his career as an infantryman. But while that's what he had originally been trained to do, it was not what the Army needed for the war in Iraq. It had won the war with the Iraqi Army, but was losing the insurgency that followed it.

So, what did General Petraeus do to update his skill set? First he assessed the situation in Iraq, then he thought through potential strategies and determined that the traditional tactics of ground combat had to be replaced with a new kind of counterinsurgency warfare. Finally, he took time to learn the skills necessary to develop that new strategy and literally wrote the "book" – the Army's Field Manual – which detailed it.

This is the same type of strategy that job seekers who have gotten fired or laid off need to employ as well. Employers are looking for candidates who keep their job skills current and can remain competitive in the global marketplace. If you're looking to make a career comeback after getting laid off, you can't just rely on what you already know. Today a successful job search includes time spent learning a new skill set, as well as devising new approaches that will help you become a stronger employee.

As part of his own career comeback, General Petraeus didn't just develop a new way to wage war, he redefined himself as its champion. He became the "father of counterinsurgency," and used that unique branding to rebuild his reputation.

A similar campaign is also critical for job seekers looking to make career comebacks of their own. Revamping your skill set to keep up with the changing economy is only half the battle. Once you've made your skills relevant again, you will need to find a way to demonstrate your uniqueness and competence as a potential employee. The best way to do this is by developing a clear and compelling description of your new persona, a "personal brand."

To be used in a successful career comeback, your new personal brand must follow 2 guidelines: First it must be accurate (lying on your resume is more dangerous than ever today), and second it must set you apart. It must differentiate you from job seekers who are still offering the old solutions to new problems in your industry, and it has to portray you as someone who can cope with these new problems and contribute to a company's success.

The journey of General Petraeus from a backwater command in Kansas to the front lines of this nation's Armed Forces didn't happen without a setback or two. He had the courage of his convictions, however, and a fierce determination to make his career comeback a success. He fought through hard times because he believed in himself and what he could do.

Today's job seekers need to have that same type of willpower. If you've been fired or laid off and now face a brutal job market with no security or opportunity, it is who you are on the inside that will help determine whether your career comeback succeeds or fails. That doesn't mean your journey will be easy or without frustration, but it does mean there's hope…if you believe enough in yourself enough to see it.

Not everyone can lead an army into combat, but they can find a way to make their own career comeback in today's challenging job market. It will require that you teach yourself new, important job skills and find a way to market that knowledge to prospective employers. Those tasks take courage and commitment, but if you push yourself and believe in your limitless personal possibility, you career comeback will be a success.