The Candidate Interview: It’s Not Just for HR

The Candidate Interview: It’s Not Just for HR 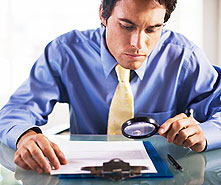 Picture the following scenario: A person you've never met – a connection through Twitter, Facebook or Linkedin – emails you and asks that you send their resume to your HR Department. They explain that they're applying for a job at your company, and want you to help them get on the "inside track" to get called in for a candidate interview via an employee reference. It's a simple request, really.

So would you do it?

What this person is asking makes a lot of sense, especially at a time when the economy is slumping and competition for jobs is fierce. The candidate wants to stand out from the crowd, and you vouching for them will help. This may sound all well and good, but there's just one problem – in reality, you have no idea who they are. They want you to behave as if they've already aced a candidate interview, and that you're ready to recommend them to your hiring manager. However, not only have you never interviewed this person, you barely even know who they are!

What Mommy Taught Us

It may seem like no big deal to send an email to HR simply saying "check this candidate out for a possible interview." It certainly won't take you more than a couple minutes to do. The greater threat, however, is the risk you assume by implicitly endorsing this person. Sure, you can add a caveat in your message indicating that you don't really know them, but the moment you even suggest that a particular candidate might be good for an interview, you're giving a real, if subtle, form of recommendation. What if this job seeker shows up for a real candidate interview with HR and turns out to be a complete mess?

When you were a kid and your parents told you "don't talk to strangers," it was for your own safety. And while they were trying to protect you physically, following this rule as a grown-up can still protect your reputation. When a near-stranger asks you to recommend them for a candidate interview, you're being asked to stake whatever equity you've built up with your employer on someone you don't even know. And don't think this doesn't apply just because you've briefly interacted with someone online – Mom and Dad's rule about strangers applies to Facebook, Twitter and Linkedin as well.

Sure, it'd be nice to help a needy job seeker out. But, in today's tenuous employment climate, anything that might detract from your perceived stature at your company is just too dangerous. When you're considering giving a recommendation to a friend or contact, look at them through the prism of a candidate interview first, to make sure they won't let you down.

The Other Side of the Table

Now, look at things from the candidate's perspective. If you're unemployed and sitting at your laptop all day building up connections, are you doing yourself any good? It's true that you'll meet lots of strangers that way, but will any of these people really care about you? Will they actually help you out in today's "nobody is safe" workplace?

There's a difference between superficial networking and real networking. If you want help from someone, you need to establish trust with them first. That doesn't mean tweeting about the kind of pizza you had yesterday; it means forming a genuine professional relationship with them, both through a mix of in-depth online and (if possible) real-life interactions. Now, anyone who's ever in a relationship before knows that they take serious work to develop, and that type of work takes time. There's no quick fix for creating a real networking connection. You either put in the time and effort to get to know someone, or you don't.

What does that mean when you're unemployed and looking for any job search edge you can find? It means being realistic, and facing up to some hard truths about using references to line up a candidate interview for yourself:

They aren't being mean-spirited, just careful. If you haven't really gotten to know them, you're basically a stranger, and recommending you is a risk many will feel they cannot take.

Make it a priority each and every day to transform yourself from being a stranger in your field to being someone a lot of people know and respect. That's the best form of employment security you'll ever have.

Don't connect with anyone and everyone. Concentrate on people you have something in common with, like the same alma mater, membership in a professional association or even a non-work affiliation (maybe you have the same hobby). This will help you establish trust in less time.

Collectively, these truths confirm that what you learned as a child is still relevant and helpful now that you're an adult: the only "perfect" stranger is someone who isn't a stranger at all.