To Build a Strong Career, Become an Expert in Career Fitness

To Build a Strong Career, Become an Expert in Career Fitness 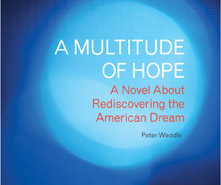 This is the third installment in Peter Weddle's three-part series, “Putting the Boom Back in Baby Boomer Careers.” Read Part One here, and Part Two here. For a virtual book signing of Peter's new novel, A Multitude of Hope: A Novel About Rediscovering the American Dream, visit here.

The new scourge of job seekers is serial unemployment. You fight through the frustration and anxiety of one job search, land a new position and six months–to-a-year later, you’re handed another pink slip and find yourself right back where you started. It’s an increasingly prevalent plight for white collar and blue collar workers alike. There is a way to protect yourself, however, if you change the epilogue to your job search.

”After being unemployed for nearly two years, having been let go during the throes of the financial crisis from his job doing marketing for engineering and construction firms, the Greenwich resident landed a position with a company in New Haven.

“But since December, when the company restructured and eliminated that position, [the job seeker] has been back to scouring [job boards], mining his social network for leads and going on interviews that lead to the dreaded response, ‘you have an excellent background, but …’”

I don’t for a minute diminish the pathos of this fellow’s situation, but it’s also important that we learn from his mistake: He thought his job search was over when he landed a job.

In today’s unsettled and rapidly changing business environment, no job is forever and many jobs will last but a year or two … no matter what employers may say. It’s not that they’re being dishonest, but rather that they simply don’t have a reliable crystal ball.

They can’t predict what the financial health of their organization will be or what kind of work it will need to have done in 12 or 24 months any more than they can tell you who will win the Super Bowl. As Bob Dylan sang way back in 1962, “The times they are a-changin’. And, that means the longevity of jobs is shrinking.

So, how can you protect yourself in such an unsettled environment? Change what happens after you land a job. Rewrite the epilogue to your job search so that it no longer celebrates the end of something, but instead, inaugurates the beginning of something else.

The Start of Something New

The successful conclusion of a job search is no longer the end of your quest to gain employment. It is, instead, the beginning of your preparation for your next job search. Or, to put it even more bluntly, tomorrow’s job search begins on the first day of your new job.

That’s not being disloyal. It’s being prudent. Your next search may not happen for a year, or two, or three, but it will happen. It may occur because you decide to look for something better or because your employer decides to cut costs. But regardless of when and how it comes to pass, the search itself is all but inevitable.

You should prepare for it by working on your career fitness. Call it a New Year’s resolution if you’d like, but make it a personal priority to build up your occupational strength, reach and endurance. Start right now.

As I explain in The Career Fitness Workbook, there are several facets to a healthy career. The key to sustained employment is to work on each of them, all of the time. As with a physical fitness program, you can’t build a healthy body by simply exercising your cardiovascular system and ignoring your respiratory system, muscles and bones.

Similarly, limiting your career fitness program to adding expertise in your occupational field – the “heart of your career” – will improve that important aspect but leave everything else – your peer connections, ancillary skills, and environmental awareness – in a weakened state.

That’s true especially if you are in transition. The “come as you are” job market ended with the Great Recession. You can no longer land a new job with the skills you had in your old job. You need to be better than that. And, the only way to get better is to practice career fitness while you’re looking for a job. Yes, that’s a lot of work, but it beats being out of work by a long shot.

The conventional wisdom is that a job search is an episodic experience that occurs only rarely in a person’s career. In the 21st century world of work, however, job searching is a continuous process. Thus, the key to success is to treat the end of one search as the beginning of the next. Or, to put it another way, the epilogue of today’s search is the preamble for tomorrow’s.