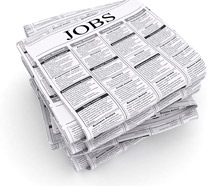 August might be the dog days of summer, but the month’s jobs reports hardly lagged. Managerial employment activity online rebounded substantially from a sluggish July, reaching the second highest peak since January 2008, according to the CareerCast.com/JobSerf Employment Index. The nearly 10% gain was second only to February for the largest in 2012, and surpassed any monthly increases made in all of 2011.

August gains have been noteworthy each of the past two years. The 8.8% increase a year ago was the most significant of 2011. And yet, the 2012 pace is a considerable six points higher than this time last year.

After August 2011’s measurable leap, September took a 5-point dip. In fact, September employment figures have dropped each year since 2008. But with a presidential election looming in November, JobSerf COO Jay Martin says to expect the unexpected for the remainder of 2012.

“Election cycles provide uncertainty for the hiring market, and this is may become apparent in September and continue possibly through year end,” says Martin.

Volatility on the employment front overtook the 2008 campaign, particularly in September. The 18% drop that month was the largest, single month slide the job market has taken in the last five years, coinciding with historic drops in the stock market and the bankruptcy of such financial titans as Lehman Bros. Sen. John McCain went so far as to briefly suspend his campaign and famously skip an appearance on “The Late Show with David Letterman.”

In contrast to 2008’s steady slide, 2012 hiring has crept back above pre-recession standards. "The nation has flirted with an improved hiring market repeatedly this year, and each time we take two steps forward, we seem to then take a step back," says Tony Lee, publisher of CareerCast.com. "Hopefully, we're moving to a new level of activity that will sustain for a while."

So, how do we determine these numbers?

The CareerCast.com/JobSerf Employment Index calculates the number of available managerial job openings each month by surveying wide range of local and national job boards across the U.S, with all results hand-counted and checked for duplication by a team of researchers. What does an overall Index score of 113.6 for August 2012 mean? The Index measures employment activity against a base score of 100, which represents the volume of job openings during the same period in 2008. A score higher than 100 means that there are more available jobs than in 2008, while one below 100 means that job seekers now have fewer opportunities available. Over the past 55 months, the CareerCast.com/JobSerf Index is higher at 113.6 than in August of 2008.

Big gains in Hartford and Boston carried the Northeast in August. Read on and learn how each region of the U.S. fared.