Are You Suited to an Overseas Assignment?

Are You Suited to an Overseas Assignment? 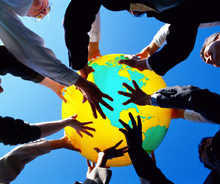 It takes more than technical expertise to succeed abroad. Being chosen by your company to handle an overseas assignment can be an exciting, rewarding experience. Unless, of course, you get sent to the "wrong" country.

It takes more than technical expertise in both your job and a foreign language to succeed at a new job abroad. Expatriates swap horror stories about talented American managers being groomed for the top who fail miserably in unfamiliar settings. Yet in many of these cases, it wasn't the executives' fault. The company failed to determine if the manages had the right personalities for the particular assignments.

One quality control engineer for a U.S. aircraft maintenance company is a good example of a bad match. At home, he was a modest, hard-working manager who made friends easily. But as the new technical expert for a production plant in Indonesia, it didn't take long for problems to develop.

In most developing countries, U.S. technical experts are respected and treated in a formal manner. In return, the experts are expected to solve production problems as they arise. The quality control engineer, however, was often unsure of what step to take when faced with a manufacturing problem, prompting him to ask others for their suggestions. In most cases, he eventually contacted his home office for assistance, which isn't unusual in a large production plant. Yet his participatory approach and outward uncertainty caused the Indonesians to lose confidence in him quickly. He was forced to leave after only a few months.

"If he had been more formal and said that he would provide the answer to each problem in a day or two, his expertise wouldn't have been questioned," says Michael F. Tucker, president of Tucker International in Boulder, Colorado. "This was a case of someone who was sent overseas based on the job's requirements, not on his ability to adapt to a Third World factory environment."

To help employees and their companies determine who is best suited for temporary overseas positions, Mr. Tucker, an industrial psychologist, has developed what he calls the "14 predictors of success on foreign assignment." Each predictor covers an area where a manager's personality can make the difference between success and failure.

"Many companies mistakenly select people to go overseas using the same criteria they would use for domestic positions, instead of using a systematic approach to find out who will do well in a certain country and who won't," says Mr. Tucker.

For example, an aggressive manager may succeed in Germany, where business assertiveness is valued, but he will find great resistance among fellow managers in Mexico or China, where personal relationships are developed before business is discussed, Mr. Tucker says.

A bad match usually causes two types of problems. The executive typically returns to the U.S. under an air of suspicion. Even though he wasn't properly prepared for the foreign post, the fact that he failed is enough to damage his self-confidence and his reputation among fellow managers. The other problem emerges when a company is unable to recognize its mistake. Instead of recalling the manager from a bad assignment, the firm often allows the executive to serve out his assignment even though he is ineffective.

"Although the dollar loss incurred by (poorly chosen U.S. managers working abroad) is hidden, the detriment to the efficiency of overseas operations, as well as the personal anguish suffered by the employees and their families, makes this a very serious problem," says Mr. Tucker.

Before accepting an overseas transfer, or beginning a job search aimed at employment abroad, examine the following predictors of success developed by Mr. Tucker and compare them with your personality. Perhaps you're better suited for a post in New York than New Delhi.

What do you expect life and work to be like in the new location? What are the likely difficulties and possible benefits? People who have positive expectations, but are unrealistic about the challenges, probably won't succeed. If you expect to do well and have a history of doing well in similar assignments, your chances for success improve greatly.

You must be receptive to different beliefs and ideas without feeling as though your own are being challenged or threatened. People who suffer from ethnocentrism – the attitude that your country's way of doing things is inherently superior – can expect to fail.

This predictor is specifically concerned with your ability to be nonjudgmental of other people's religious and political beliefs. Your willingness to demonstrate respect is important when trying to establish a meaningful intellectual relationship.

"The opposite of this predictor is proselytism, which we see occasionally," says Mr. Tucker. He cites an example of a high-tech manufacturing supervisor and his wife who were sent to Saudi Arabia to oversee a construction project. "They were strong-minded about their religious beliefs, to the extent that they posted signs in public places for prayer meetings which they held," Mr. Tucker says. "They had to be reassigned after about eight months because they were too openly conversant about their convictions, which isn't acceptable in Saudi culture," he says.

You need to believe that people in general are friendly and trustworthy. "This is a tough one in these days of terrorism, but despite what's going on, you must be willing to trust the people you work and live with," Mr. Tucker says. Otherwise, he says, professional and personal relationships will never develop.

Are you capable and willing to endure the unfamiliar? "This predictor concerns living conditions and surroundings and your ability to leave the GPS – among other luxuries – at home," says Mr. Tucker. "The foreign city may be more crowded, hotter, colder or less developed than what you and your family can endure happily. This is something you must determine before you accept the assignment," he says.

Do you have the sense that you control your future? People who believe things happen to them because of luck or fate won't easily adjust to a new environment. They will feel helpless and will take the attitude that "it's out of my hands."

You must be willing to consider and respond to ideas and opinions that conflict with your own. "Flexibility is a way of approaching problems," says Mr. Tucker. "It's the philosophy that there's always more than one way to handle the situation."

You cannot become frustrated with unexpected delays. Understand the "sense of time" in the country where you are assigned. Otherwise, you will never adapt well enough to see a project through to fruition.

A loner or someone who feels most comfortable among a tight group of friends isn't suited for an overseas post. You must be able to socialize comfortably with new people in a new place, and be able to move quickly from one social situation to another.

Self-starters tend to accomplish goals and establish friendships quickly and with great ease. Without this initiative, you probably will spend too much time waiting for others to put your plans into action.

"This is the most overlooked ability," Mr. Tucker says. "Jokester-types aren't appreciated. But someone who takes things lightly and can inject humor into a difficult situation can ease tension and will facilitate further communication," he says.

A people person who is genuinely interested in others will have a great advantage in adjusting to a new culture. This human element often is critical when dealing with others for the first time.

Can you maintain smooth relationships and mediate difficulties among others? "Someone who looks for disagreements and spends time proving that they're right" won't succeed, Mr. Tucker says. A marketing executive in London, for example, had a strong-willed spouse who insisted on accompanying him on business trips throughout Europe. She enjoyed arguing with others about small points of disagreement, says Mr. Tucker, which caused more than a few headaches. The couple eventually was sent home.

There must be a great deal of communication among all family members before an assignment is accepted. "Troubled couples sometimes think that a change of scene will help their marriages, but that never happens," says Mr. Tucker. "Pressures crash in on the family, often destroying it." Conversely, strong relationships tend to get stronger in a foreign country as the couple faces problems and enjoys triumphs together.

"The only way to assure a successful assignment is to discuss and examine each of these predictors before the assignment is made," Mr. Tucker says. "Even the best manager at home can fail aboard, especially if he isn't prepared for what awaits him."