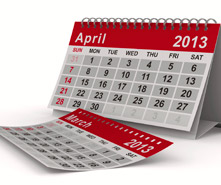 Managerial hiring remained strong in April despite weakness in other job levels, the CareerCast/JobSerf Employment Index finds. A 1.5-point drop-off from March, to 114.9, had negligible impact on an overall score that is much improved from the 101.3 point-level of this time a year ago.

The overall positive outlook throughout each region is the main strength to be gleaned from an April index that actually improved its per capita hiring over March.

“Technological and biological jobs have been major drivers of job growth, with Boston and San Francisco registering huge gains,” says Martin, who adds that the budget sequester has provided a positive impact.

Improvement in managerial hiring during the spring months coincided with a record-high Dow Jones Industrial index and the ongoing budget sequestration. The sequester began on March 1, with the expiration of a temporary stay to the Budget Control Act of 2011.

“The job market, like the stock market, appears to approve of the budget sequester,” Martin says.

The Employment Index has taken dramatic dips in springs past. Last year, the score dropped 15.6 points from March to April – the largest single-month drop-off since plummeting 15.1 points between March and April 2008.

The relative stability seen this year is a cause for cautious optimism in the managerial job market.

What does an overall Index score of 114.9 for April 2013 mean? The Index measures employment activity against a base score of 100, which represents the volume of job openings during the same period in 2007. A score higher than 100 means that there are more available jobs than in 2007, while one below 100 means that job seekers now have fewer opportunities available. Over the past 56 months, the CareerCast.com/JobSerf Index is higher at 114.9 than in April 2007.