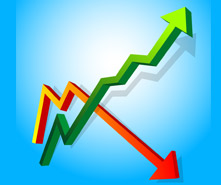 Hiring nationally continue to gradually improve – though the imperative word is gradually. Unemployment remains just under 8%, yet certain industries have many openings that go unfilled. The U.S. Bureau of Labor Statistics (BLS) estimates that in December, there were more than 3.6 million U.S. job openings. That’s the highest year-end total since 2007, when more than 4.2 million jobs were vacant and just prior to the onset of the recession.

Many of those positions remained unfilled for years as a result of the financial industry collapse and ensuing economic instability. To wit, BLS data on hiring fell to 3.4% in August 2008, which was the lowest level since March 2003.

Yet over the past 4 ½ years, 3.4% has been the high benchmark hiring rate. Employers have remained consistently in the low 3% range since 2010, despite openings approaching a five-year high. If just half of the current 3.6 million job openings are filled, the unemployment rate would fall almost 1.5%.

A consistent problem expressed in a number of fields is that candidates simply lack the qualifications needed for jobs offered. IT is perhaps the single highest growth industry in the nation, because it weaves into other professional realms. Technology is increasingly vital to facets of the traditional workplace beyond the IT industry, including accounting, record keeping and human resources.

While employees across various industries are asked to be Jacks-and-Jills-of-all-trades, companies still need IT professionals trained in the nuances of 21st century computing, such as cloud-based programming.

TechServe Alliance finds that in 2012, IT jobs grew by 4.14% to account for 4.34 million jobs within the American workforce. The industry has steadily grown since 2010; layoffs in 2012 were the industry’s lowest since 2007 and comparable to 2005. Overall, tech positions accounted for the most employment growth in 2012. Healthcare’s growth also was strong, and various estimates anticipate the healthcare industry will buoy the economy for years to come.

Year-to-year hiring in healthcare and social assistance positions is relatively stable. The industry was not recession-proof, as annual hiring per the BLS dropped significantly between 2008 and 2011. Healthcare professions have also gone through extreme hiring peaks and valleys in the past decade.

For both IT and healthcare jobs, the difference between job openings and new hires is relative small. Each is within 1.4%. Conversely, construction has a sizable gap between the two.

The BLS estimates 92,000 construction positions were open in December 2012, but 287,000 construction workers were hired to vacancies that same month. Construction’s unemployment problems are well documented due to the collapse of the housing industry. Yet housing markets, and thus construction opportunities, are historically fickle. When the bubble swelled in the mid-2000s, unemployment was consistently between 5% and 10%. It peaked near 25% in 2010, and has dipped back down to near 10% in the past year.

Fortunately for construction pros, the outlook is rosier than it's been in some time. Housing starts are reaching levels not seen since before the recession, and pent-up demand in many markets is creating job opportunities that are much needed in an industry that has taken its lumps.