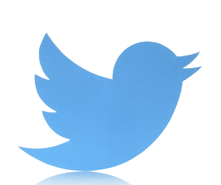 Twitter launched 10 years to the day of this writing. Who could have guessed a tool so simple, limiting users to interactions 140 characters at a time, could revolutionize both media and interaction in the manner it has?

Pay attention to news long enough, and you are bound to stumble onto horror stories of Twitter's negative impact on people in the workforce. Its reach and immediacy can quickly turn an inappropriate joke, like that which spawned the infamous "Has Justine Landed?" hashtag, into a pink slip.

But for every such misstep, there are scores of success stories that go unreported.

Twitter's reach extends to the job market, creating a two-way avenue between candidates and employers. The vast connectivity of the platform has given job seekers a one-stop shop for keeping tabs on opportunities, transforming the once-cumbersome task of scouring classified sites into a duty as simple as tailoring ones feed.

CareerCast.com has a variety of Twitter channels, designed to cater to a variety of both job-seeker and employer needs. Every CareerCast Twitter accounts can be found in one location, here.

Twitter's uses for job seekers don't stop at finding openings. The medium can be great for networking with professionals in any given industry. Professionals often hold open discussions, hashtagged to make finding these interactions easier.

Not only can these industry-specific chats help you get your name in front of others in the field, they can also be invaluably educational. Imagine on March 20, 2006, trying to gain the insight of others in your line of work, from all across the globe. Sounds impossible -- or, at least, really difficult without an extensive, preexisting Rolodex.

The capabilities of Twitter in both your job search, and career development, are bound only by your own limitations. Who knew 140 characters could do so much?