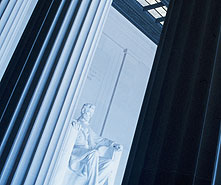 Considering that most U.S. regions experienced steady, if unremarkable, gains in April, it comes as little surprise that job growth in major cities mirrored the national trend. In fact, of the 30 metro areas surveyed by the CareerCast/JobSerf Index, all managed to either gain jobs or hold their ground last month. However, while Washington, D.C. and Boston finished in first and second place, respectively, for the 10th month in a row, that isn't to say that there wasn't movement among the best and worst U.S. cities to find a job.

Baltimore's hiring index score increased by six points, but job availability in the city was outpaced by growth in Atlanta, causing the two cities to trade places. And after finishing as one of the 10 worst cities to find a job as recently as January, Hartford continued to gain ground as it rose to 12th place, putting the city on pace to crack the top 10 within the next two months.