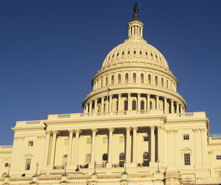 Looking at U.S. cities with the most available job openings, for the seventh month in a row Washington, D.C., remained the best city to find a job, although it's overall Index score fell slightly, to 131. There was little movement below the nation's capital, as the next three cities on the list – Boston, San Francisco and Seattle – all remained unchanged in January. Baltimore, however, showed a notable improvement, gaining 6 points to finish as the fifth-best city to find a job, surging ahead of both Atlanta and Chicago in the process. On the other end of the spectrum, Riverside, Calif., also marked its seventh straight month at the bottom of list, managing a job availability score of just 13. In addition, Los Angeles' employment market continued to contract, as the city again fell two places in January, finishing as the eighth-worst U.S. city to find a job.

Are you looking to relocate, but can't decide where to go? These 10 cities offered job seekers the best chance of finding employment in January.