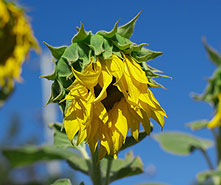 After a strong performance the month before, hiring experienced a summer swoon in July, as employment activity dropped by more than 1% across the U.S. Although this is the second year in a row that hiring has slowed in July, overall the CareerCast.com/JobSerf Emloyment Index is still up over 4% from the same period in 2011 – just the third time in 2012 that managerial hiring activity has been better than last year.

How do we determine these employment activity numbers?

The CareerCast.com/JobSerf Employment Index calculates the number of available managerial job openings each month by surveying wide range of local and national job boards across the U.S, with all results hand-counted and checked for duplication by a team of researchers. What does an overall Index score of 103.7 for June 2012 mean? The Index measures employment activity against a base score of 100, which represents the volume of job openings during the same period in 2007. A score higher than 100 means that there are more available jobs than in 2007, while one below 100 means that job seekers now have fewer opportunities available.

Employment activity across the U.S. has been relatively stagnant in recent months, remaining within a 7-point window since April. But despite this summer swoon, hiring in some U.S. regions continues to outpace the rest of the nation by a considerable margin.

After seeing an across-the-board improvement the previous month, employment activity varied from region to region in July. The Southwest posted a 7.7-point increase to finish as the best U.S. region for managerial hiring, building on a lead it has maintained since March 2012. The Northeast, on the other hand, experienced a slight decrease in employment activity that sent the region back below 2007 levels after a brief improvement in June. And despite posting a 1.6-point increase, hiring in the West continued to trail the rest of the country, as the region posted an Index score of just 83.9– a full 10.2 points behind the 4th-place Southeast – for the month.

Mirroring the regional trend, managerial hiring across job titles varied greatly in July. Despite posting the lowest Index score overall (59), C-Level was the only job title to show an improvement for the month. And while Manager level hiring continued to lead all other titles measured by the CareerCast.com/JobSerf Employment Index, demand actually fell for the second time since May.

After a similar July swoon in 2011, employment activity rebounded strongly the following month, as the index gained 9.4 points to reach its third-highest score of the year. Whether this August will also bring an end to the summer swoon of 2012 remains to be seen.