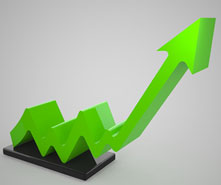 Job seekers were feeling the love in February as hiring jumped 12-points to 107, according to the CareerCast.com/JobSerf Employment index.  The February 2012 Index, which measures managerial hiring activity online, also showed a sizeable gain over the past two years, with an increase of 23.7 points from the February 2010 Index.

The CareerCast.com/JobSerf Employment Index calculates the number of available managerial job openings each month by surveying wide range of local and national job boards across the U.S, with all results hand-counted and checked for duplication by a team of researchers. What does an overall Index score of 107 for February 2012 mean? The Index measures employment activity against a base score of 100, which represents the volume of job openings during the same period in 2007. A score higher than 100 means that there are more available jobs than in 2007, while one below 100 means that job seekers now have fewer opportunities available. TheJobSerf his higher at 107 than it was February of 2007.

After seeing the index dip under 100 in December 2011 and January 2012, hiring in February rebounded in a very positive direction.

“Hiring expectations are on the upswing and the demand for talent remains competitive,” says Tony Lee, publisher, CareerCast.com. “The previously gloomy employment picture is starting to brighten, even amid economic uncertainty. However, managers may need to broaden their skills by acquiring additional training or education to remain attractive to potential employers.” 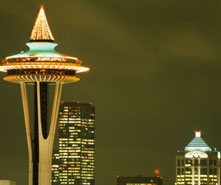 Want to know where the jobs are? These metro areas made up the 10 best cities to find a job in February: